The design challenge set by Dale Cohen’s client, a stylish couple wishing to re-occupy a city apartment after raising children in the suburbs, was to transform a vanilla one bedroom developer apartment in Union Square into a chic Pied-a Terre for their new adventures as empty-nesters.

The apartment while small in footprint was poised to be large in impact, through Ms. Cohen’s deft hand.  Each design element was selected with care and deployed with artful precision, allowing the space to be both efficient and elegant. In the living room Ms. Cohen selected a glossy vinyl wallpaper from Phillip Jeffries for the ceiling, adding both glamour and pulling light into the deeper recesses of the apartment. Unorthodox furniture scouting trips garnered Penthouse Magazine’s Bob Guccione’s office credenza, which she stripped and added a white leather top, a pair of vintage iconic Platner chairs which were reupholstered in sumptuous mohair velvet alongside a Minotti coffee table. The rug selected is limited edition piece from the Stephanie Odegard collection.

The living room is lined with white rift cut oak cabinetry that acts as bookcase, frame for seating and transforms to reveal a hidden desk area by an expert craftsman. Ms. Cohen created the kitchen cabinetry which is designed with the precision of a ship. All modern appliances from a slim Subzero to a suite of Miele fixtures are delicately balanced to create ample cooking surfaces and storage.  The marvelously figured stone backsplash is intended to act as a painting framed by the architecture of the kitchen opening.

In the master bedroom, Ms. Cohen chose to deepen the existing linear closet by four feet allowing for a walk-in closet, a small entry vestibule and bookcase. The transition and storage space now out of the way, the bedroom becomes a sanctuary of calm elegance. In a similar manner to the living room, Ms. Cohen has placed a vinyl wallpaper on the ceiling, this time in a dark teal blue, accentuated with a stunning Charles Loomis chandelier. This gives the affect of multiple reflections and falling into the sky as you fall to sleep. The headboard is wrapped in Holly Hunt’s silk and a reissued Sanderson mid-century wallpaper by English textile designer Pat Albeck, Palladio Sunflower, brings a sense of history and style to the envelope of small space. Situated in front of the papered wall, are a pair of vintage nightstands and positioned on the tables a pair of vintage Nessen table lamps with new custom lampshades.

Throughout the design process Ms. Cohen encouraged her client to collect art for the new space. This was a bold new endeavor for her client one that has paid a beautiful dividend. Together designer and client began to shop at art fairs and galleries training the client’s palette. Each piece was selected and then placed, adding the final layer to creating a truly beautiful home. The husband had not seen the apartment during the renovation and decorative installation. Upon waking the first morning he spent in the apartment he remarked “it’s like checking into the Four Seasons and not having to check out.” 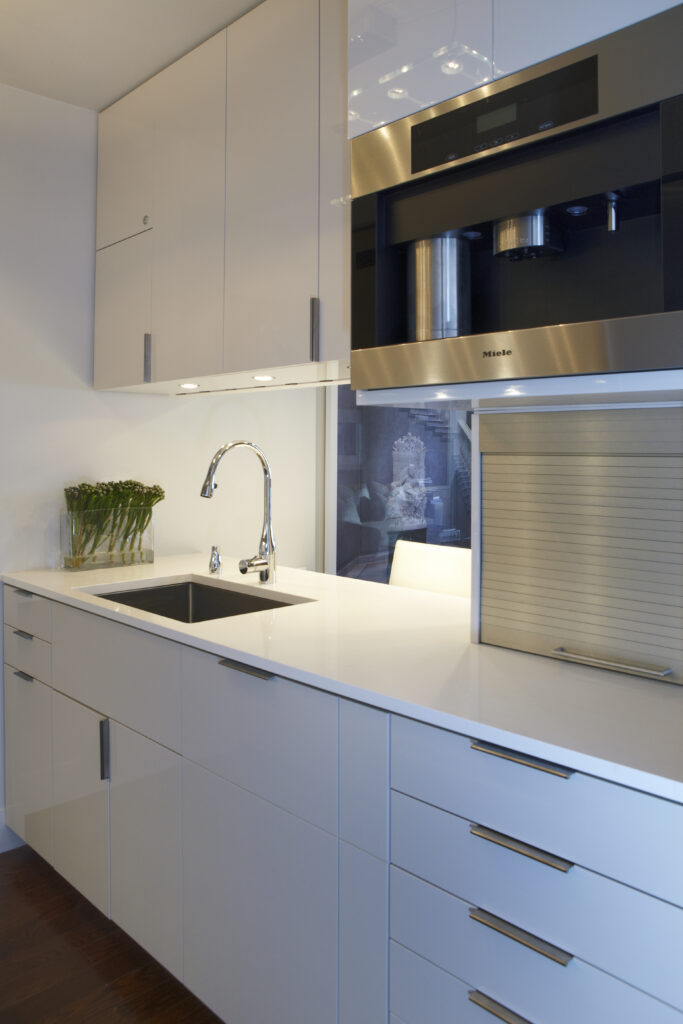 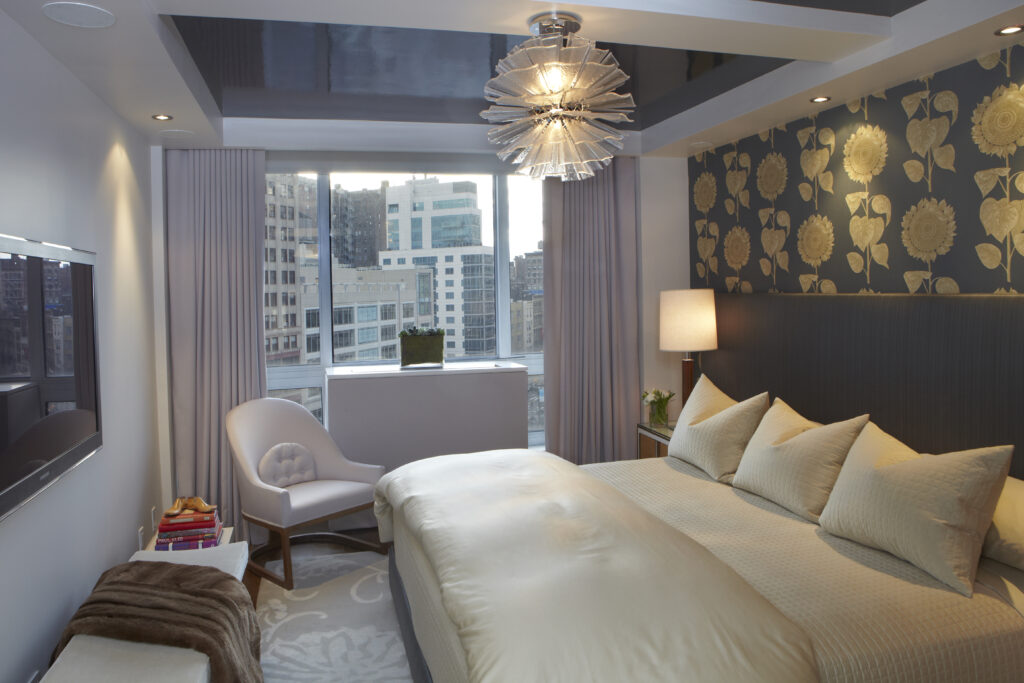 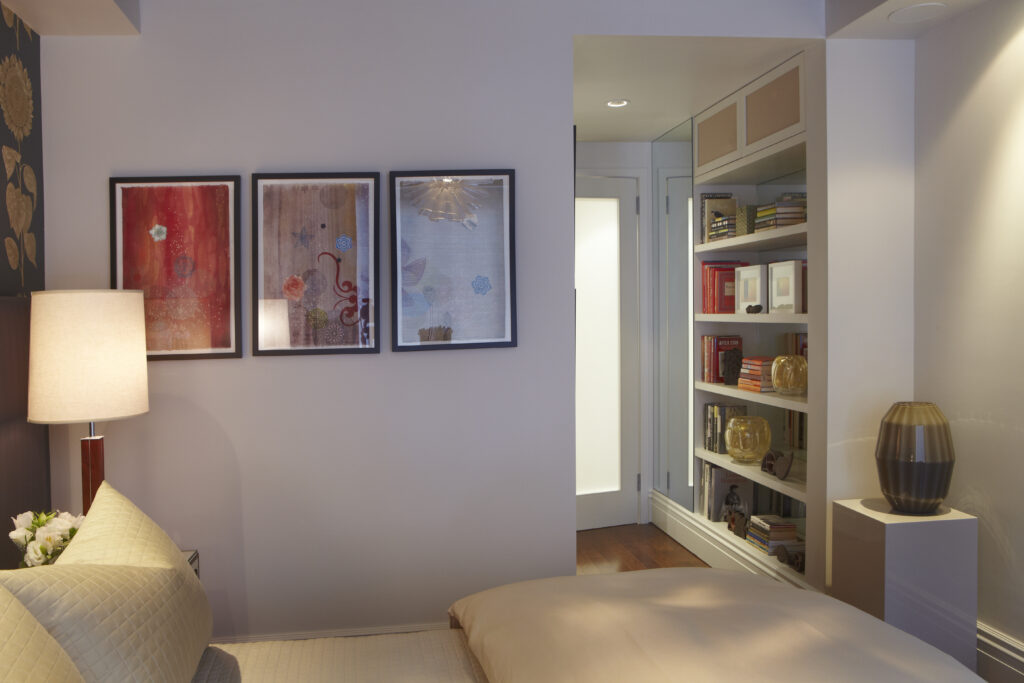