Constantine Maroulis (of American Idol fame) gets his Manhattan apartment decorated by an interior designer with a knack for bachelor-friendly spaces. Interior designer, Dale Cohen, who explores bachelor design in her blog, bachelorbydale, creates a space that pairs well with the Rock of Ages star’s rocker-meets-Old Hollywood aesthetic.

This fall I was asked by NBC’s LXTV OPENHOUSE to decorate the living room and bedroom of the new apartment of American Idol star and Tony nominated actor of the Rock of Ages, Constantine Maroulis.

From the beginning Constantine’s style was clear; he loved vintage Hollywood Deco having inherited several pieces from his family.   Layered with the vintage pieces would be a hint of his rocker self … amounting to Hollywood meets Rocker!

Here are a few of the design elements we had to work with and new ones that we found for Constantine.

Our initial great find was a pair of 1930’s Italian club chairs, reminiscent of old Hollywood private screening rooms with their low slung deep shape and beautiful midnight blue velvet seats.  We loved these so much that we designed the living room around them.

Working with the Broadway star of “Rock of Ages”, Constantine Maroulis on the transformation of his new apartment into a gracious home was great.

In designing Constantine’s bedroom, we began with a vintage dresser of his that has a sleek understated vibe of Hollywood mid-60’s.  With restoration we would bring out the piece’s original rich finish.

And to bring out the  “Rocker” element we found a great wallpaper for the wall behind the bed.  This rich gold foil wallpaper is bold and has sophisticated pattern that is named “Hollywood Grape”.  The wallpaper adds drama and glam to the room and was the element we worked with to design the look of Constantine’s bedroom.

He truly loves the design process and is genuinely interested in making his apartment into a home that reflects who he is and his interests.  All of this came through in the final product, a home that he loves.

I thought that these super luxe chairs would compliment a cocktail table that Constantine had from his brother, once we restored it and brought out it’s original luster.

His living room has an old Hollywood feel with vintage 1930’s club chairs – that recall old Hollywood screening rooms – and vintage James Bond posters. The infamous Hallway where we installed just a few of the innumerable press clippings about the American Idol and Broadway star. 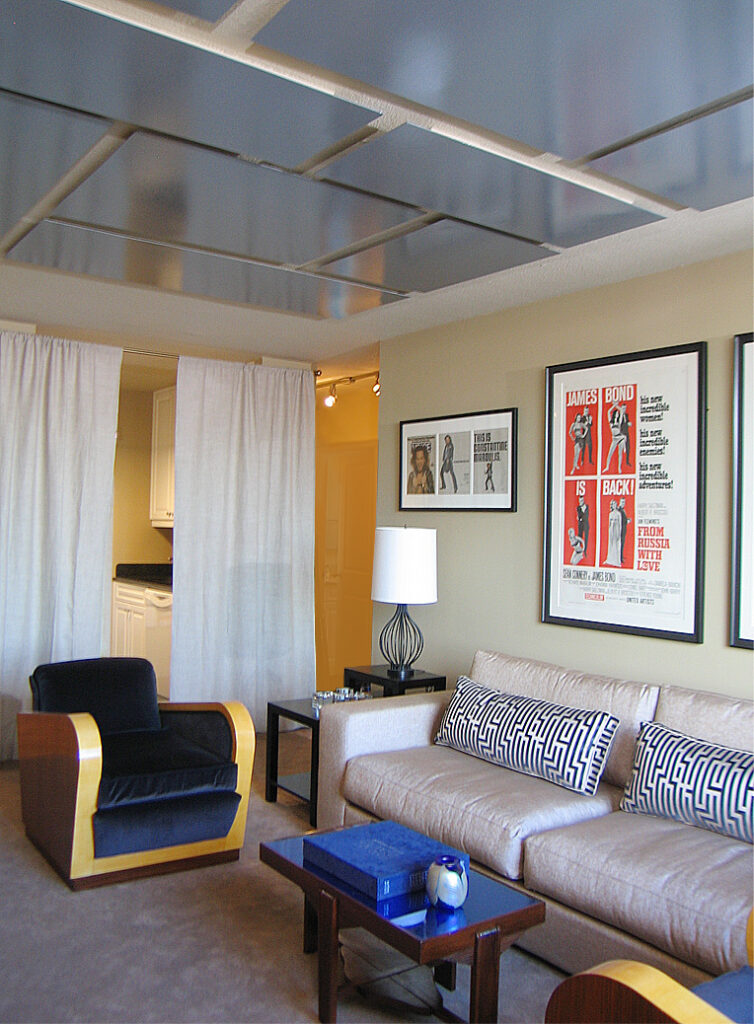 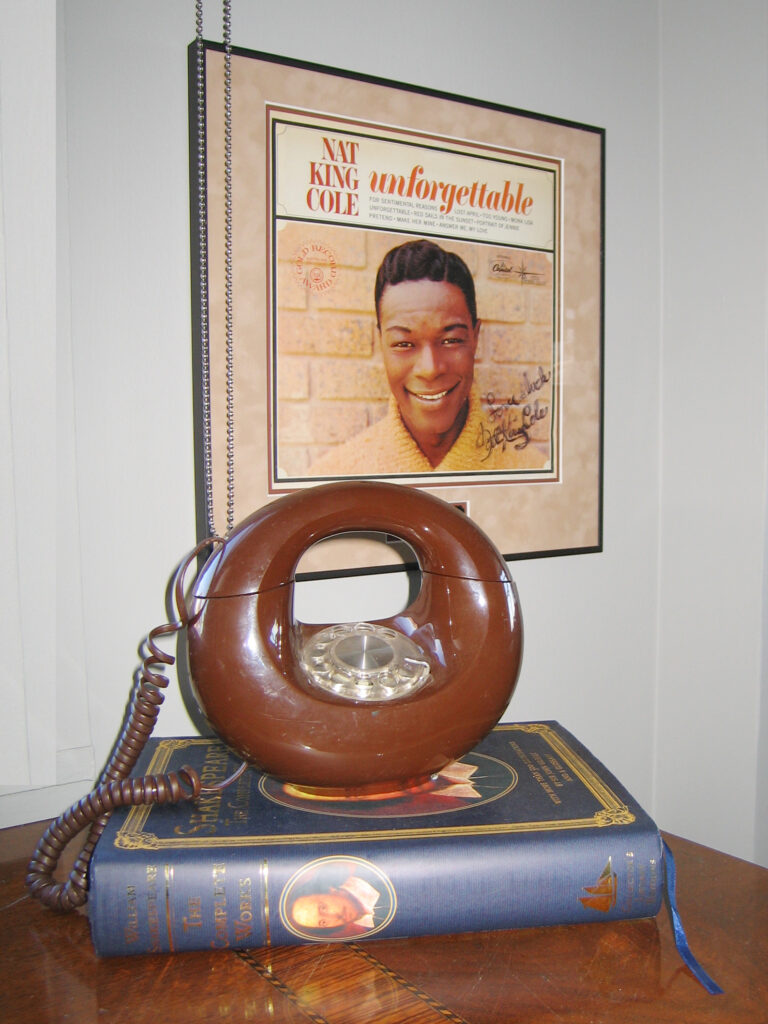 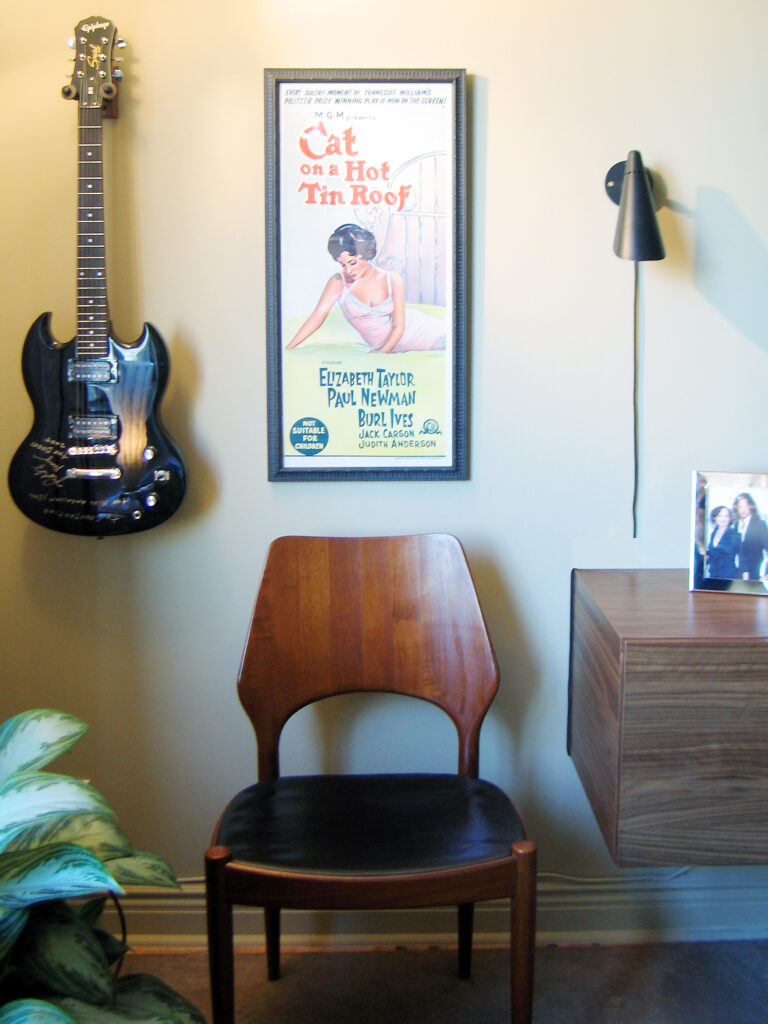 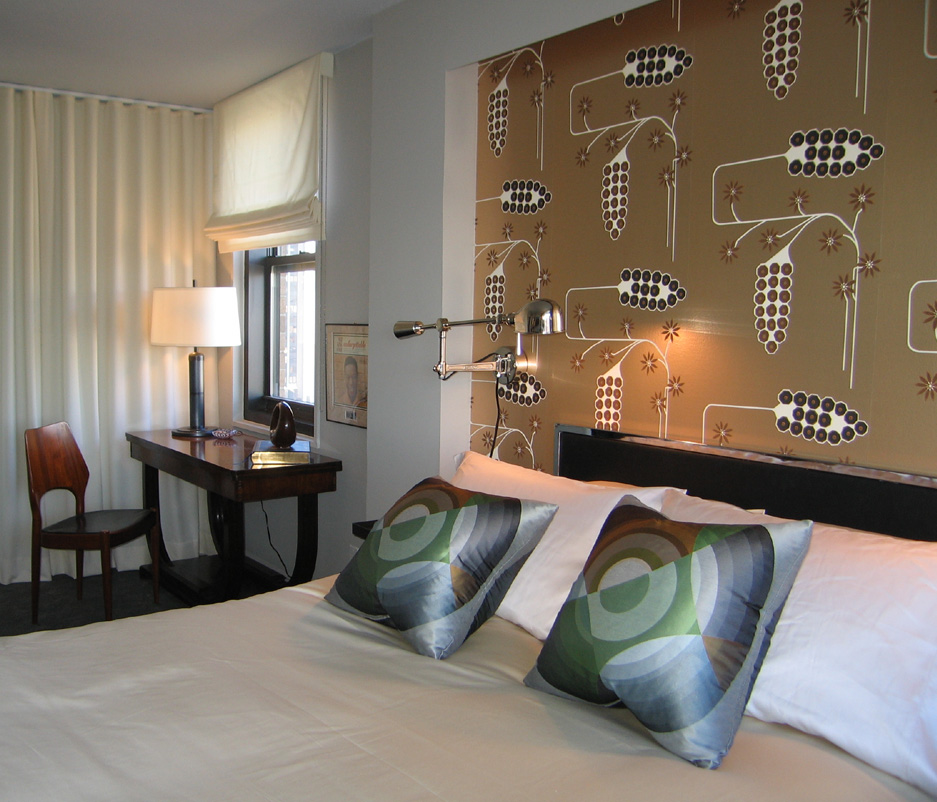